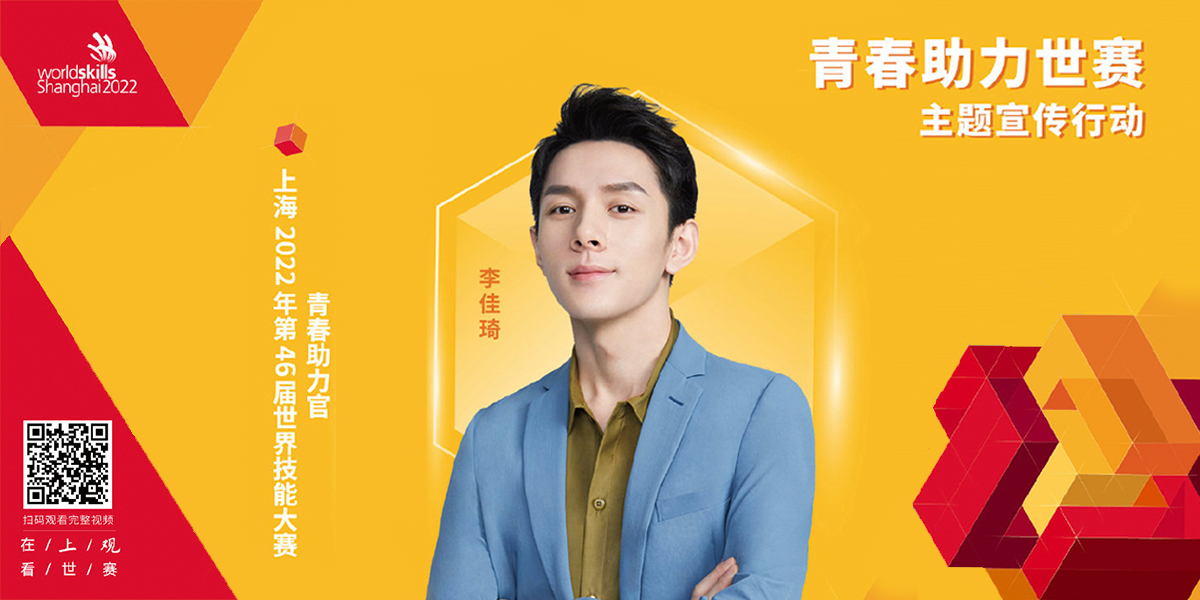 Renowned Chinese social media influencer Li Jiaqi has been announced as an Ambassador for the 46th WorldSkills Competition set to take place in Shanghai next year.

He called for people to follow and cheer for the event and wished everyone a happy Chinese New Year in a video.

With around 100 million followers on Taobao’s livestreaming platform, a Chinese online shopping website, Li shot to fame for selling lipsticks and is now one of China’s top-selling influencers.

To promote the event and artisanship among young people, event organizers have invited several celebrities to cheer for it. Besides Li, there are also popular young Chinese actors Yi Yangqianxi, Ding Yuxi and Tan Songyun, as well as former WorldSkills Champions Song Biao, Chen Yifan, and Yuan Qiang.

The Competition will be the first of its kind to be held on the Chinese mainland and preparations are well underway. Work is also ongoing to convert the century-old Yong’an Warehouse in Yangpu District into the WorldSkills Museum, which will tell the story of how skills have changed the lives of people and societies around the world and the efforts of the WorldSkills global community.